Right, here is the aim.

Given that I’ve run only one marathon in the past (London 5 years ago in 4:51) that is an ambitious target. So why do I think I can do it?

And the target is 3:30 because I see 4 hours as the upper limit of a serious time.

I’ll be blogging about the trials and tribulations of my training here throughout the winter.  Using a BUPA (Intermediate) training plan as a base, I’ve drawn up my plan this week.  Here goes: 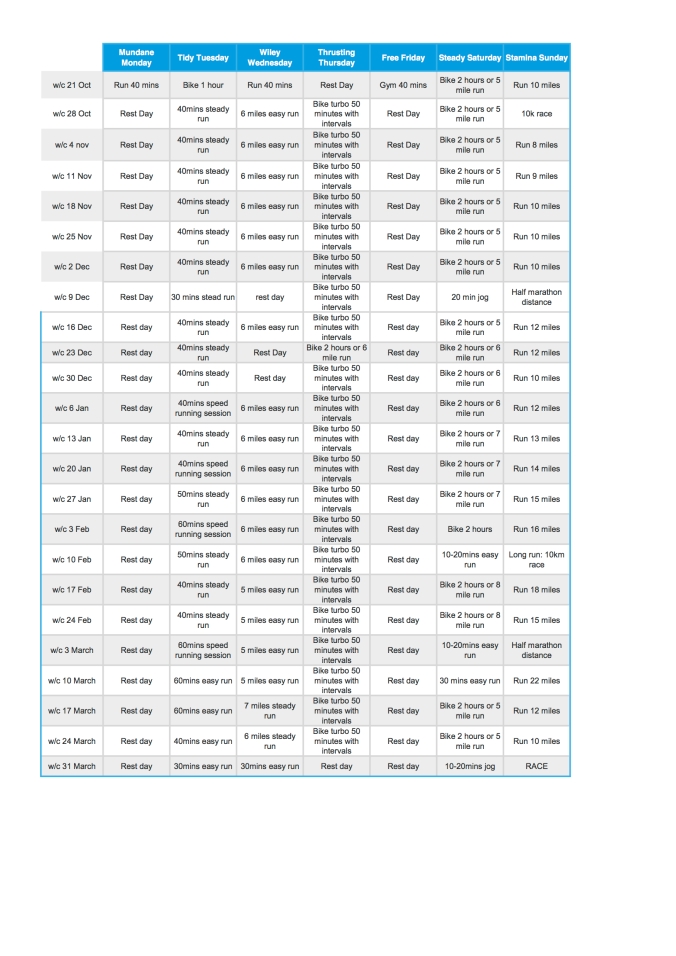 Last year me and my mate Stu did something amazing and rode from our village in Leicestershire to Paris.

Supported by Mrs G and our friend Mr Tim, we arrived in Paris the day before the end of the Tour de France and enjoyed the magical end to the first Tour ever won by a Brit

It was awesome and can’t be described in a short blog.  Which is why I wrote a full account of it when we got home.

If you find a spare 15 minutes, have a read and see how we ended up on the Champs Elysees with Brad, Cav and Froome Dog

The Story of Stoney Stanton to Paris

So with Wiggo now out of the Giro early with a chest infection, he’s now got 6 weeks to recover and train for the Tour de France.  As a minimum I’m expecting him to play a key support role but with 6 weeks to prepare, surely Sir Brad has got the opportunity to get the all important “numbers” right to once again lead Team Sky in July?
I wouldn’t like to be in Chris Froome’s shoes right now. After months of speculation, the needle had just swung his way after Dave Brailsford said Plan A was Froome for the Tour and Wiggins for the Giro, will that still be the case in a months’ time?

The logical approach would be to stick to Plan A and provide Froome with the world’s best domestique to support his attempt at winning the Tour.  But the romantic in me really wants Wiggo to defend last year’s victory and go all-out to win again in Paris.  Back-to-back victories would put Wiggins up with the greats and show that he has got the ability to continue 2012’s “Golden Year”.  Just writing this, I am getting goose bumps thinking about his victory punch whilst wearing yellow at the end of the last time trial and what a fantastic day I had watching in Paris as he led out for Cav on the Champs-Elysees.  And this is the 100th Tour – taking in every great climb (sometimes twice) against every great climber in the world. 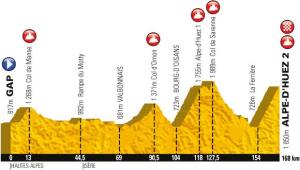 Let’s face it though.  It’s because there is more climbing and less time trialling than 2012, that Froome should be number one.  Froome is outstanding in the mountains and has already shown in Romandie this year that he has got the ability to kick away on the slopes, whereas Wiggins is best being supported at a constant high tempo.  I don’t think Team Sky will be allowed to dominate on their own terms this year – even with Wiggins and Porte as their super-domestiques.  With the return of Contador and Joaquim Rodriguez, the peloton is likely to be shaken up with regular attacks in the mountains.  So my brain is telling me Froome has to be the man to lead Team Sky this year because he can deal with the opposition better.
But I’d love it to be Wiggins …..
Join 292 other subscribers
Follow Pedal Dad! on WordPress.com